On Monday 24 August a delegation of IBBC members, led by Baroness Nicholson of Winterbourne, met with Mr Ali Allawi at the Foreign and Commonwealth Office in London. The meeting was hosted by Ambassador Stephen Hickey and chaired by Charlie Burbridge (G4S) a member of the IBBC Executive Committee.

Assisted by Salem Chalabi of the Iraqi Prime Minister’s Office, Mr Allawi gave a brief overview of the Government’s plans to ease the business environment for private businesses in Iraq, before discussing challenges and opportunities in doing business in Iraq with the businesses in attendance. Mr Allawi praised the IBBC Advisory Council Paper ‘Iraq: A country at a Crossroads’ saying that it was a very helpful document which the Government is using to put together its own white paper on reform in Iraq.

Christophe Michels, Managing Director of IBBC, commented “Mr Allawi has been supporting and following the work of IBBC since our inception in 2009. To have him in such a prominent position in a moment in time when Iraq has an essential requirement for profound public sector reform in order to give the private sector a chance to flourish, is of the highest importance. We wish him success and offer him our full support to meet this formidable challenge”. 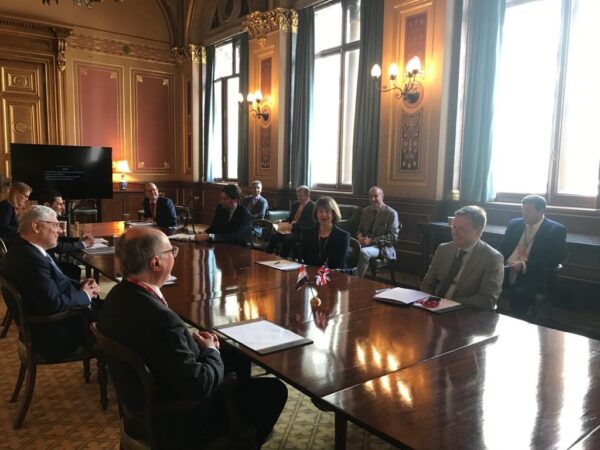