H.E. Mr Aram Mohammed Qadir, The KRG Minister of Higher Education and Scientific Research, visited University of London on Thursday 26th of May to discuss setting up a London University Campus in Erbil.

The Minister met with several university officials including Vice Chancellor Wendy Thomson. The half day visit was attended by representatives from the FCDO, City & Guilds, GEMS Consulting, CISQ and the IBBC Management.

Christophe Michels MD of IBBC said “establishing a London University Campus in Erbil would be a game changer not just for Kurdistan but for Iraq as a whole. We are pleased that this project, initiated by two IBBC members, is now being championed by both Governments at the highest level”. 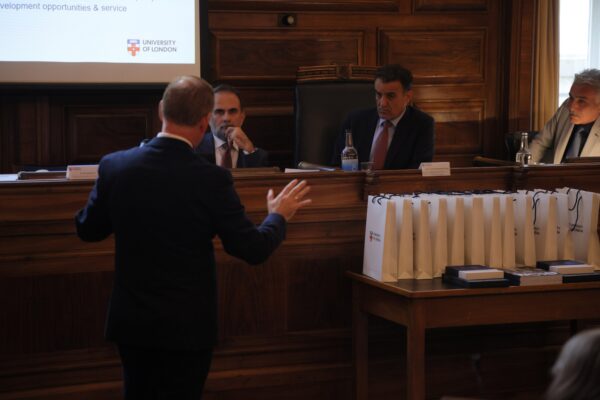