A special occasion was witnessed on the morning of 2nd December, 2021, by the official launch of the Network of Iraqi Alumni from UK Universities, at a conference held in Baghdad in the presence of government and academic figures from inside and outside the country, both in person attendance and through online zoom platform.

This work is the result of the efforts of the founders of the Alumni Network, which took several weeks in the making and represented the diligent follow-up of the finer details in order to bring out the event in a proper manner that corresponds to the importance of the Network and of the high-level status of the supporting body and sole sponsor, the Iraq Britain Business Council IBBC.

As for the conference, it began with Iraqi national anthem and then a recite of Surat al-Fatiha on the lives of the martyrs of Iraq. 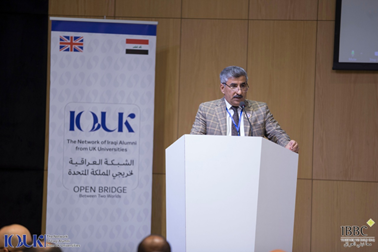 Mr Yaseen Al Ethawi, Deputy Minister of Higher Education and Scientific Research stressed in his opening speech the promising role of the network in the development of higher education in Iraq, and the support of the ministry for such projects that serve the foundations of the scientific process. 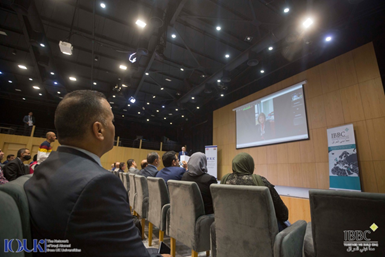 The podium was then taken by Professor Dr. Mohammed Al-Uzri, Honorary Advisor to the Iraq Britain Business Council IBBC for Health and Education and the patron of the Network, to provide a brief statement of the stages that resulted in the birth of this project and he announced the aims of the Network in three objectives:

Adding to these three aims, Professor Al- Uzri said “ Our main big objective will be to encourage and  maximize the collaboration work between Iraqi Alumni from the UK, transfer their experiments and knowledge to the Iraq Universities” he then went on to say “ The Iraq Britain Business Council IBBC is committed to support the Network as long as the members of the Network operate as one team and work towards achieving the aims stated above”

Professor Al- Uzri’s speech also featured a video message from the President of the Iraq Britain Business Council IBBC, Baroness Nicholson of Winterbourne, who emphasized IBBC’s continued support to the Network to achieve its objectives.

Afterwards, Mr. Jim Buttery the Director of the British Council in Iraq addressed the attendees pointing out the possibility of cooperating with the Network to implement various projects to serve Iraqi education system. 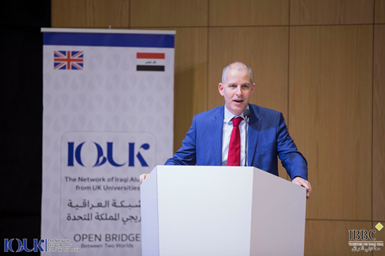 Dr. Muhannad Al Atabi, one of the network’s organising committee, then gave a brief summary of the aspirations and goals of the Network and the various ways to achieve them and also the methods to overcome challenges.

Speakers from the United Kingdom joined the conference through zoom online platform with representatives from The Children Bringing Change Charity, the Universities of Southampton and of Newcastle, as well as the Managing Director of the Iraq Britain Business Council IBBC, Mr. Christophe Michels. All of whom commended the Network’s founders’ efforts and expressed their support to their goals in raising the level of higher education in Iraq. 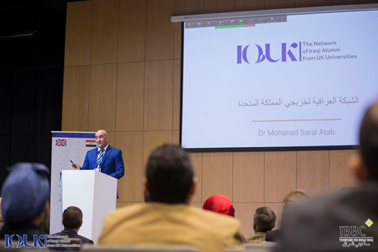 The second session of the conference included a panel interactive discussion with interjections from colleagues who attended the conference sharing views on how to move forward to achieve the Network’s goals and objectives. 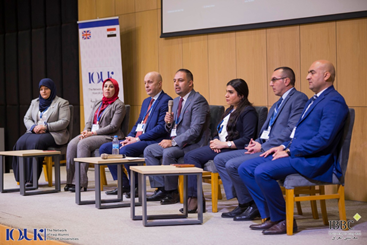 The Network of Iraqi Alumni from UK Universities, which saw the light of day, brings plenty of rich aspirations, which hopefully will come into effect thanks to the spirit and dedication of the Network’s members to put the Network in the position it deserves, which ensures the building of bridges of cooperation between Iraqi universities and their counterparts in the UK.

Baroness Nicholson of Winterbourne who addressed the attendees via zoom said “Alumni always has a key role in establishing friendships and trust” and added “The IBBC is more than happy to support the Network of Iraqi Alumni to establish itself. This matters to all of us.”

Mr Yaseen Al Ethawi, Deputy Minister of Higher Education and Scientific Research in his opening address to the conference said “The goals of the Network of Iraqi Alumni from the UK corresponds with the Ministry’s priorities in investing in the Iraqi expertise and capabilities” he went on to say “Thank you to the IBBC, the British Universities and to the organizers of this conference and we affirm our commitment to support the Network of Iraqi Alumni from UK Universities through many of the Ministry of Higher Education government’s programs and those of the Council of Ministers.”

Mr Jim Buttery, Director of the British Council in Iraq, in his address said “The British Council believes in the power of people to people relations and that’s why we have been investing for 81 years in the culture and education of Iraq. We are here for the long term” he added “No better way than UK Alumni a key constituency for reform ambitions and development ambitions”, closing his address by saying “What’s more important and as emphasized by Baroness Nicholson is the long lasting friendship and memories of good times after a study experience in a UK University.” 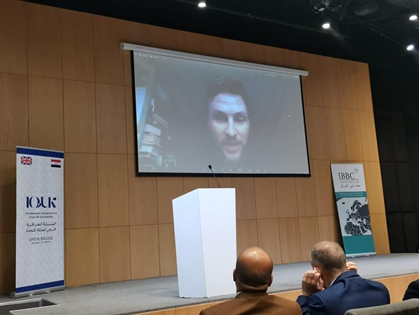 Mr Christophe Michels, IBBC Managing Director, in his address to the attendees via zoom said “Iraq population grows by 1 million each year most of which will not find full employment and many will join the legions of disfranchised and upset youth, and this trend is bound to continue for the years to come. The Iraqi state has already overreached its employment capacity and at the same time is suffocating the private sector, which could provide jobs and futures for most of the population. Members of the Alumni Network represent the elite of Iraq and it is them and their generation that will need to curtail the state sector to enable the private sector to flourish in order to provide Iraq with a stable and prosperous future”.