Close this message
Home / News / IBBC hold dual dinner in London and Baghdad to celebrate the life of Rasmi AL Jabri and establish an award in his name.

IBBC hold dual dinner in London and Baghdad to celebrate the life of Rasmi AL Jabri and establish an award in his name.

On Thursday, 14th October, IBBC hosted a single reception and dinner in memory of Engineer Rasmi Al Jabri, our late Deputy Chairman and Founding Member of IBBC in London and in Baghdad at the same time. 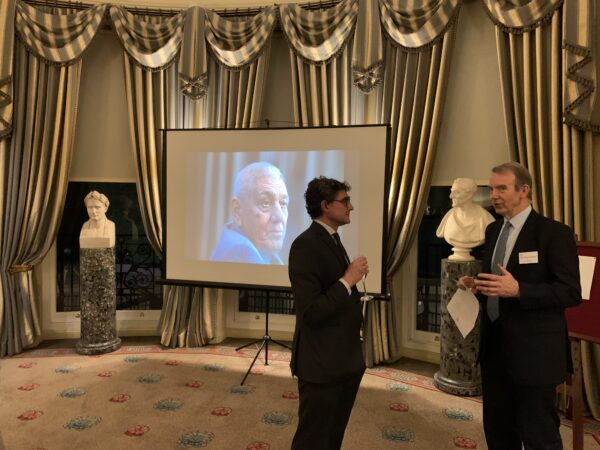 The London reception and dinner was co-hosted by Baroness Nicholson and Brigadier James Ellery at the Cavalry and Guards Club in Piccadilly. 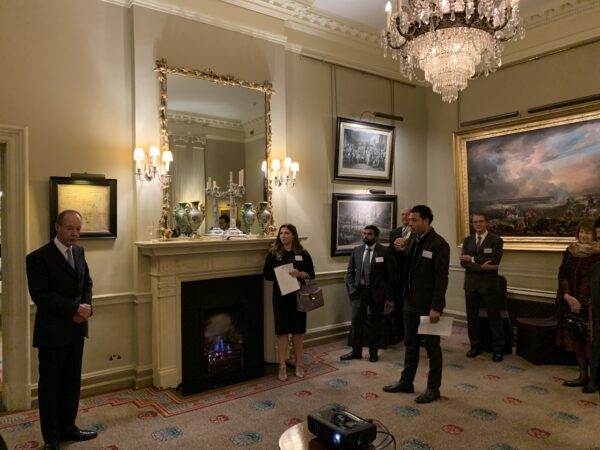 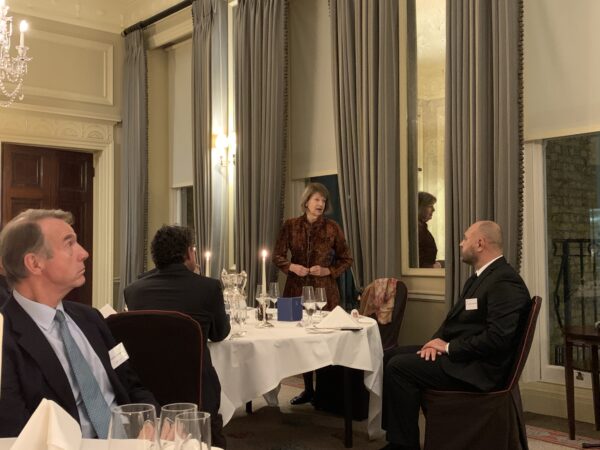 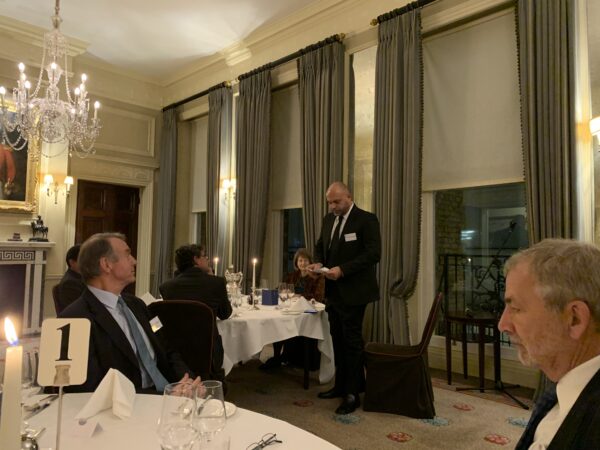 In Baghdad IBBC hosted 32 guests and most importantly Zaid and Talal Al Jabri, Rasmi’s sons were present. Talal Al Jabri gave a speech on behalf of the family in which he stated that ‘his family had decided to continue to fully support IBBC as if his father was still here.’ Rasmi worked in a team, with the IBBC management, with the Executive Committee and our members. But more than this he had a tight network of friends and supporters stretching throughout the country and beyond some of which are with us today.’

Christophe Michels MD IBBC said ‘ We have now asked Mr Haider to take on one of Mr Rasmi’s positions and to become our Member Representative in Iraq. The proposed Rasmi Al Jabri Business Award will be an annual award given to an Iraqi SME every year by IBBC in memory of Rasmi. ‘

Haider Al Shamaa, Chairman of IIB and new IBBC Member Representative in Iraq said:’ Rasmi had the unique gift of speaking about the most difficult things using his unique humour, making a difficult issue much easier to handle’

IBBC members will be able to nominate Iraqi SME’s and need to reflect a number of core values that Rasmi embodied, integrity, corporate social responsibility and business success with a UK connection. The winner will be recognised at events in London and Baghdad, and will receive publicity and can use the award on his website and PR material. This will hugely boost the company’s profile and business prospects.

Baroness Nicholson said ‘Our aim is for this award to become the most respected business award in Iraq. I therefore have no doubt that this award in the name of Rasmi Al Jabri can be a full success, worthy of Rasmi’s legacy’

The award will be made in April 2021 and member companies are welcome to propose qualifying Iraqi companies, the details of which will be available in the next month. 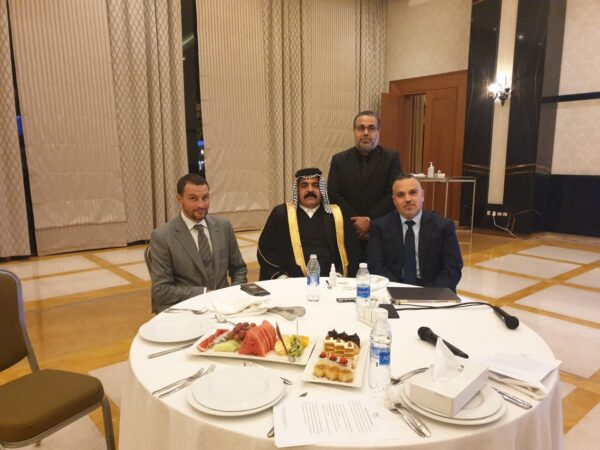